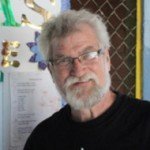 Janet Fredericks, performs with Tom as his quiet assistant LaFleur.  She is the Co-Founder of Magicians Without Borders and wife of Tom who says “without her support none of this would be possible”.  Janet is also an accomplished fine artist. To learn more please visit www.janetfredericksstudio.com. 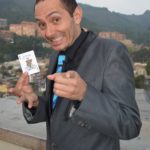 Carlos López aka Mentor is our Global Programs Director, and former Director for all our Latin American Projects (Colombia, El Salvador, Costa Rica and Brazil). He is also the Founder of The Smiling League (La liga de las Sonrisas) a Colombian foundation dedicated to bringing smiles to the less fortunate. He carried on the magic club started by Ryan Bart since 2012. He also has given the kids of the magic club (along with other foundations) the opportunity to experience high quality artistic expressions through the social network Connecting Smiles (Conectando Sonrisas). Including a wonderful experience of traveling to New York: 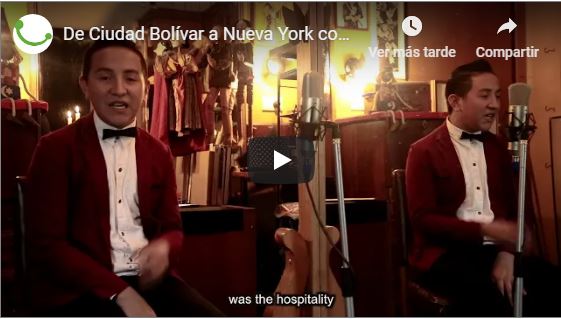 Diego joined us in February of 2016, he is a very passionate person that will get the change to change the world doing what he loves, magic! 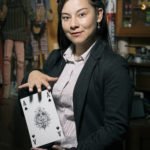 Tamara is one of our most accomplished alumni!

She is from Colombia and since 2012 she has been enrolled in our program. Showing great potential and taking advantage of every opportunity that has been presented to her.

She leads a new Magic Club in her own neighborhood (in the slums of Bogotá), thanks to an alliance she help build up with the local foundation called: Fundación Nueva Vida Para Todos.

Not only that but now she is being able to pay for her university education through magic! We are very proud! Here is a picture of her students! 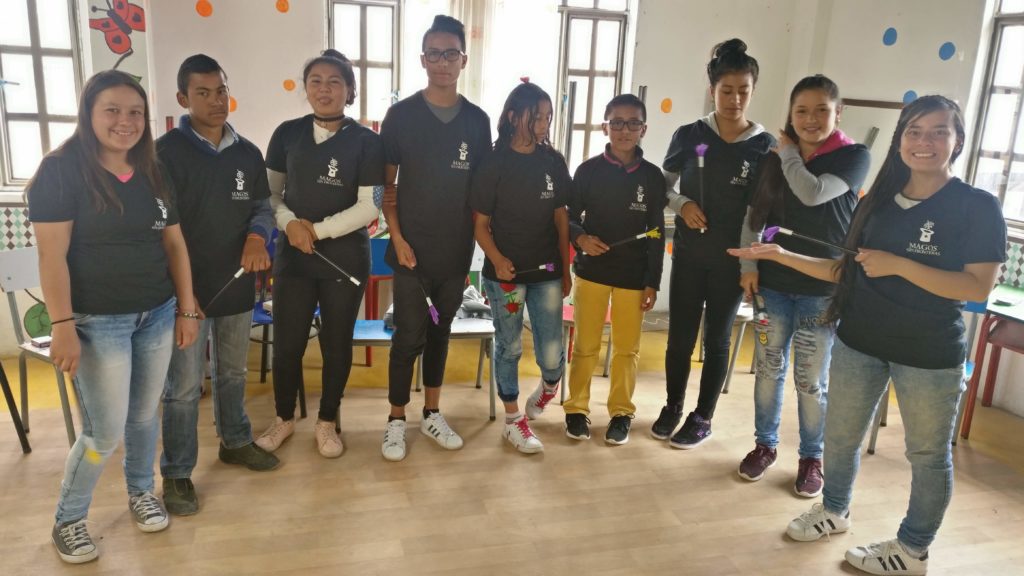 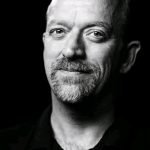 Jacques is an event entertainer based out of Cape Town, South Africa. Touring each season, he’s performed worldwide through well over 50 countries: cruise ships, celebrity events, Presidential dinners, He’s done it all.

His mission is simple – wow his audience, astonishment and fun, help give them a day they’ll remember for a lifetime. And He’s got some unique tools to make that happen.

He started a MWB education chapter in 2019 in one of the townships of his local Cape Town. 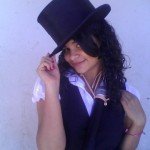 Magician and Magic Teacher.  Maricela is a highly accomplished magician, who performs a delightfully engaging and humorous magic show.  She is a founding member of Magic Power, and does a great deal of good work teaching magic to at-risk children.  Maricela is finishing up her work at the prestigious El Salvador Culinary School.  Find out more about Maricela (link to Miracle in Valle de Norte under El Salvador in Our Travels) 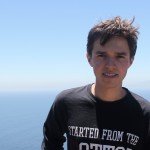 Alex Posner is a life-long performer and teacher of magic. He grew up in NYC and was a member of the Society of Young Magicians. He joined Magicians Without Borders in 2012 and has volunteered for the organization in India, South Africa, Costa Rica, and the United States. He has also served as the organization’s Vice President. He is currently a senior at Yale University, where he is studying US History; he is also a member and the President Emeritus of the Yale Magic Society (Yale’s most secretive society). Among other projects, Alex helped pioneer the Wizards of PRCH program, in collaboration with the Yale Program for Recovery and Community Health. The initiative brings together adults recovering from drug abuse and mental illness to study the art of magic and perform throughout the New Haven community; the program aims to help participants develop self-confidence and public speaking skills, promote creativity and self-discipline, equip participants with a remunerative trade and entrepreneurial skills, and inspire hope that the seemingly impossible is possible. 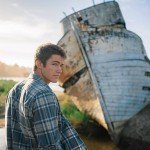 Max Lukian is a junior at Yale University currently studying Mathematics. Although originally born in London, Max has lived in San Francisco for the past eight years, where he works as a corporate magician for the larger Bay Area. At Yale, Max serves as President of the Yale Magic Society and has worked closely with Magicians Without Borders, including in India, Colombia, and Costa Rica. After graduation, Max intends to pursue magic full-time. 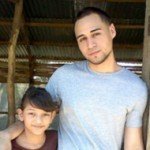 Devonte Rosero is a performing artist who is taking the world by storm. With accomplishments such as Tedx London, Tedx El Salvador, Google Ideas, Google Zeitgeist and many more. To learn more please visit devontemagic.com 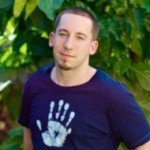 Michael Six Muldoon is a professional magician from NYC and long time friend of Devonte. Michael has performed with us in several shows in the US with his amazing magic and humor.  To learn more please visit Sixfingermagic.com 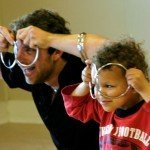 Ryan is a Fulbright Scholar spending a year in Bogata, Colombia. Ryan has established a Magicians Without Borders Project collaborating with Bella Flor, an NGO working with very poor children in the poorest slum of Bogata. Ryan meets weekly with ten children training them to become magicians. Ryan also performs weekly in a hospital near Bella Flor and teaches 16 English classes a week at the University of Colombia. To read about the wonderful work Ryan is doing in Colombia for Magicians Without Borders read his blog at www.Ryanbart.com 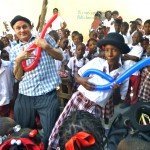 In 1985 Chris left his studies in language in his native England to travel, and shortly thereafter became a street mime in Europe. Since 1987 he has been based in the US and has performed his solo shows at thousands of community and corporate events around the country, and the world.

For Chris the most rewarding work is to combine performing with travel, being of service, and using languages (he speaks a little of the language of each place). No exception is his work with Magicians Without Borders, which took him most recently India, with Tom and Janet, to teach mime at and magic to at-risk youth, and to perform shows in orphanages, hospitals, schools and other communities. He has also worked with MWB in El Salvador.

Chris has also worked extensively with the Connecticut music/arts-diplomacy organization, Project Troubador: in the Dominican Republic, Cameroon and Benin he was part of teams using music and theater to promote HIV/AIDS awareness; in Bangladesh he performed at the celebrations of the country’s leading children’s magazine Toitomboor; in Morocco he toured schools with PT co-directors and musicians, Eliot Osborn and Louise Lindenmeyr; he has worked all over Haiti including teaching mime to local actors, and performing for patients while Louise (also a nurse practitioner) ran rural clinics.

Other countries Chris has traveled to have included Japan, where he performed at the Huis Ten Bosch Theme Park , and China, for the Kimtom International Clown Festival of Shanghai. In Curaçao his show carried a non-violence theme to schoolchildren on behalf of Mundo di Mucha who are developing a children’s museum. With AT&T’s Circo Mundial in Puerto Rico he performed in the ring as well as directed their Clown Doctor Program, which visited hospitals and disabled centers.

Chris’s travels have sparked involvement in development work too: he has led a campaign to build a school for the deaf in the Dominican Republic, and is currently a board member of Haiti Orphanage Sponsorship Trust, a Vermont non-profit that supports, and visits an orphanage in Haiti. 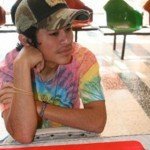 On our first visit to El Salvador in 2004 we taught a very informal magic class to a group of children who were in a program called the Barefoot Angels. At the end of the class,  Zumba, as he calls himself, asked, “When are you coming back?”  We had no plans to come back or not to come back.  We paused and said:  “In May,” and we have come back every three months since then, perhaps because Zumba asked the question.  Zumba has taught magic to children in the Barefoot Angel Program. 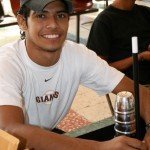 Magician and Magic Teacher was in our very first magic class in El Salvador. Peter has studied, practiced and performed magic diligently since 2004.  He was one of the original founders of Magic Power, a magic organization that does anti-gang work by training children threatened by the gang MS-13 to become magicians.  Magic Power was awarded a $5000 grant from the Ashoka Foundation to continue this important and meaningful work.  Peter is currently in the most prestigious Culinary School in El Salvador studying to be a chef.  He and fellow magician and culinary student, Maricela, have dreams of opening a restaurant with a magic theme–magic decorations, table to table roving magicians and a stage show each night.  Peter is one of the teachers at our annual Theater, Art and Magic Campamento.